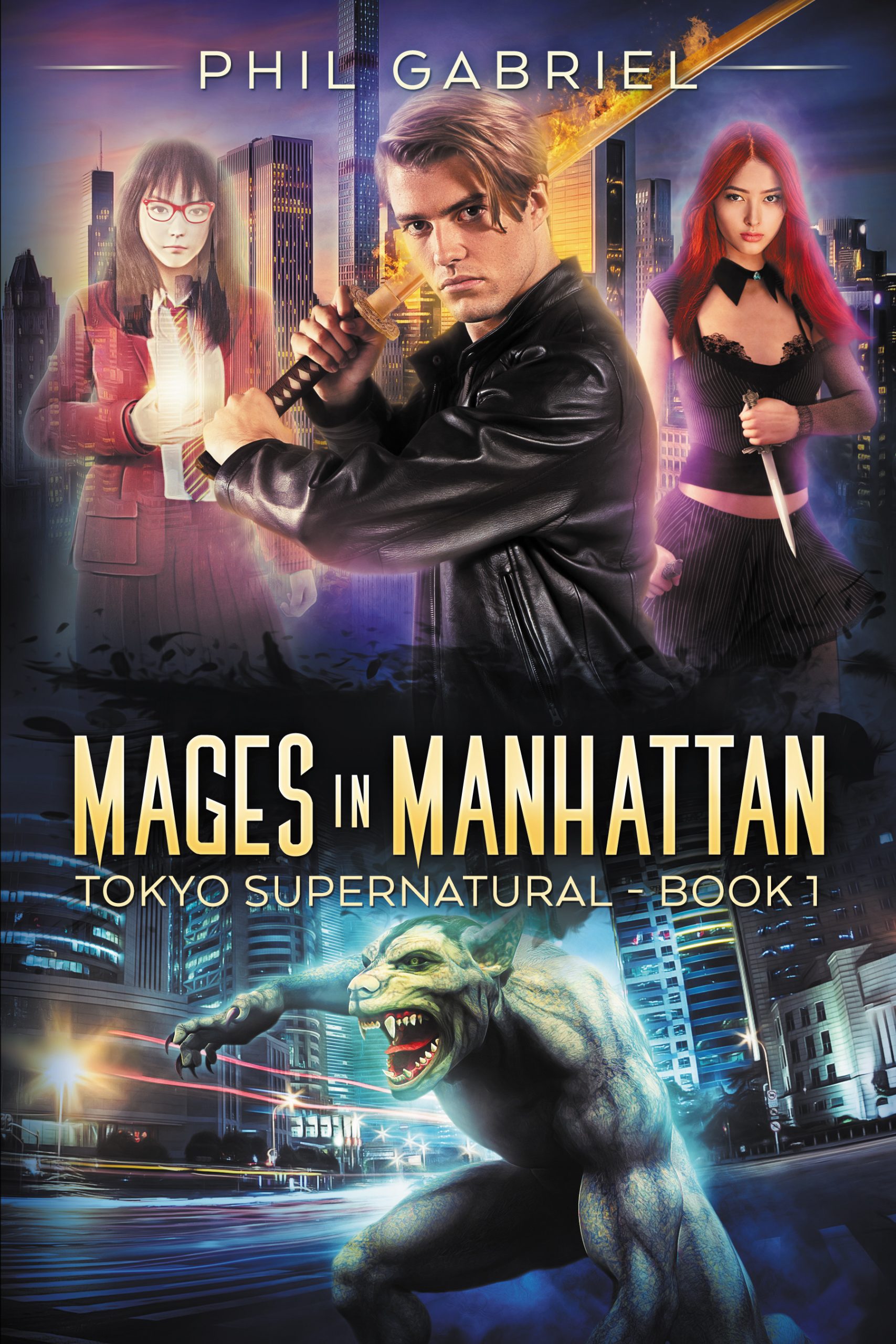 Mages in Manhattan (The Roppongi Enchanters, #2)

After his battle with Jorōgumo, Scott is battered psychically and physically, rapidly aged to near-death. He only wants to rest and recuperate to regain his youth.

A business reversal that threatens his income, as well as many of his projects, forces him to schedule a visit to New York City. The city whose Witches Council banned free Mages like Scott over one hundred years ago.

At the height of his powers, Scott laughed at the ban. Now, knowing that his weakened condition makes such a trip risky, he asks his ally from the battle with Jorōgumo, Kitty-Sue, to accompany him on the business trip as his bodyguard.

When Kitty-Sue jokingly refers to their upcoming travel as a “honeymoon,” Akiko, Scott’s Mage apprentice, also insists on coming.

Scott just wants to take care of business and return to Tokyo.

A pack of Wolf Shifters has other ideas. They want Kitty-Sue to use her Kitsune magic to help them defeat the other Shifter Tribes in their territory, making them the new masters of New York.

Once Kitty-Sue is kidnapped, Scott must turn to another old friend for assistance. Jackie, the spirit that inhabits the Statue of Liberty. Jackie is a powerful mystical entity who can help solve Scott and Akiko’s problems. She might even be willing to overlook that fact that Scott hasn’t called her since their last date in the ‘80s (to see Ghostbusters); if only Akiko hadn’t referred to this trip as the trio’s Honeymoon.

Beset on all sides by the Wolves of Wall Street, the Witches Council, and a jealous god level entity, can Scott and Akiko survive as the only remaining “Mages in Manhattan?”