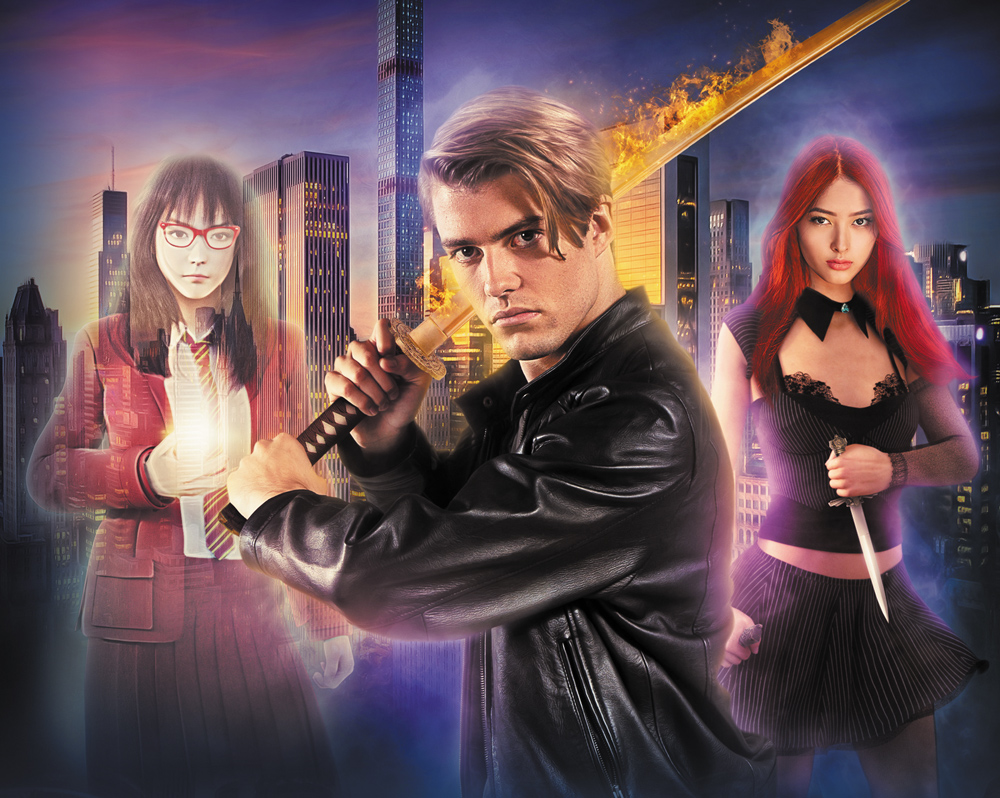 I’m very happy to announce that my latest Tokyo Supernatural novel is now live. The Haunted Onsen is a follow-on to the original Mages In Manhattan book. Although it is a follow-on, I did my best to make it a stand-alone novel.

The adventures of Scott, Kitty-Sue, and Akiko continue in this edition.

What I did differently this time – I wrote with an eye to keeping the action flowing. If you take a ‘Look Inside’ either novel (and I hope you do), you will see that it starts out with an action scene right away. Next, in my first novel, I did a lot of world-building. My editor noticed and commented on this and I toned it down in the newest novel, trying to wrap the workings of this world into dialog. I think these changes make the novel read smoother, grabbing interest from the first page and pulling the reader along.

I also introduced new characters; some from folklore, both Japanese and Thai, and some from western fantasy. I also brought back some characters from the first novel; Ms. Cappuccetto, Scott’s betrayer who now works for him, Ally, one of the Werewolves of Wall Street, who hates Scott with a passion, and a few others. I like these nods toward continuity in series books.

I wish the ‘Look Inside’ was adjustable. It appears to be stuck at 10% of the novel’s length. With my books topping out at about 100K words each, the excerpt is a bit too long and sometimes ends in the middle of a scene.

I have enrolled both books into Kindle Unlimited, making them very easy to binge on. There is a great amount of debate in the writer’s forums about the pros and cons of Kindle Unlimited. I decided to experiment with these options. Since the books are over 100K words, a read through should give a good return. Not as good as a full-price purchase, but better than some very short novels I have read.

Speaking of purchase price, I set both books at $4.99. However, I have set a ‘Free Book Promotion’ up for the first book in the series, scheduled for 26 to 30 November, 2017. I decided not to run any Amazon ads for these books right now.

To improve read through on the series, I have added a bonus chapter from the second book to the end of the first book. I will repeat the bonus chapter method for the second novel, as soon as I get it written. One of the great things about Amazon is that it is easy to update the books with additional content. I also updated links to my newsletters and ARC groups.

Speaking of newsletters, I recently stopped using Aweber and moved to Mail Chimp. Aweber is great, but I’ve been spending $19.00 a month for over a year and really couldn’t justify the cost. Mail Chimp is free until I get a lot of subscribers.

Future plans are to write the third book in the series. I have a tentative outline that includes Scott and friends buying a bar in Tokyo, a run-in with the Yakuza, and a surprising development with that dragon’s eggshell Scott picked up in Hakone. I even have some rough draft chapters written, taken from unfinished short stories in the same universe. I would also love to do another Christmas themed story before this Christmas. But a cynical look at my calendar indicates that won’t be possible.

The third Tokyo Supernatural book will have to wait until January, 2018. I have two books in my other Urban Fantasy series to get out.  I have been holding back the first book in that series to allow me to release book one and two at the same time, and have book three ready a month later.

This might be my last post this year, so let’s look at my output over the last year. I have published three books (two full-length novels and one short story) in the Tokyo Supernatural universe; I published an experimental Romance under a pen name; and I have a ready-to-publish Urban Fantasy.

So, to be generous, let’s say I finished five books this year. My goal was to hit ten books, and I only published five. Looked at from that perspective, the year was a failure.

However, most writers never finish their first book. Or they finish that first book, don’t achieve a dream lifestyle right away, and never publish again. I’m still writing, still have dozens of stories to tell in my series, and really enjoy what I’m doing. Scott is a not-so-ordinary western guy living in Tokyo, Japan. He has a secret life, one that involves ghosts and magic. He is offered an enticing proposition, a very valuable piece of real estate in Hakone, Japan. Free and clear, it just has a very slight problem.

The Onsen is haunted by the ghost of a disgraced Samurai. A spirit that has spent centuries trapped at the site, growing more powerful and insane with each passing year.

All Scott has to do is exorcise the ghost to get the property. No problem for an accomplished magician, right?

Plus, Scott has several secret weapons to use against the ghost Samurai. He has Akiko, his ghost student, and powerful magician. He has a gun that can kill any supernatural entity. And he has his talents.

One by one, his secret weapons are taken from him. A sane magician would renounce the exorcism, but Scott has given his word.

Grab this book now to see how Scott faces the Samurai ghost.